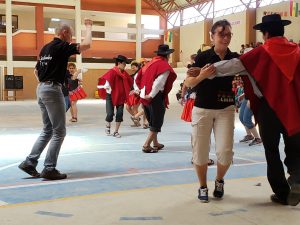 Today we had quite the tour of Lajastambo! The day was full of fun, laughter and many touching moments. In the morning FH held a welcome ceremony for us with songs, games and a personal welcome from the local director of FH as well as a neighborhood leader. We then had a welcome program with the children, roughly 75, they were all very excited to see us as we were excited to see them. We played many games, relay races and good ole tug of war! 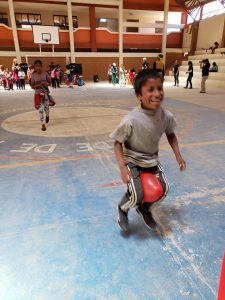 In the afternoon we split in two group and visited some sponsor children that people on the team, or their friends, sponsor! Altogether we visited 9 homes. It was amazing to be able to meet these children in person that we have prayed for andsent letters and photos to. We were able to gift them with a bag of food for their family, some treats, and presents. We were able to talk with our sponsor children and get to know them personally and hear about their lives. We also prayed specifically for their family needs and health concerns. Many of the homes had multiple children. Some of the families had all their children sponsored and some did not. One multi-family home in particular really broke our hearts. In addition to several illnesses, there were 3 other children living there who had been abandoned by their parents. The sponsorship of a couple of the children through FH helped the entire home. So it really helped us see the need, how FH is helping, and what can still be done. 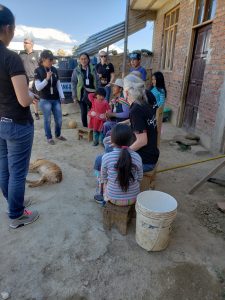 Please pray for the sponsor children in FH and their families. FH is doing so much good for this community, and it is an honor to be able to help alongside the wonderful caring staff here in Lajastambo.
Carlene